This election year, New Zealand faces a choice between two basic strategies. One is a Government-led, high tax, high debt path that has nearly bankrupted the country before. ACT says we have the power to reject that, and instead choose a low tax, low debt, high growth strategy led by private enterprise. This fully costed Alternative Budget shows how we would free New Zealanders’ potential and come out of COVID-19 as a richer country.

ACT has a bold vision for a freer, more prosperous New Zealand. A New Zealand in which: businesses and workers are free to earn a greater share of the rewards from their efforts; the next generation is free to build houses like our grandparents did; we take a 21st century approach to funding and operating infrastructure; our primary industries have the confidence to responsibly take advantage of our natural resources; and businesses and innovators are not held back by crippling regulation. 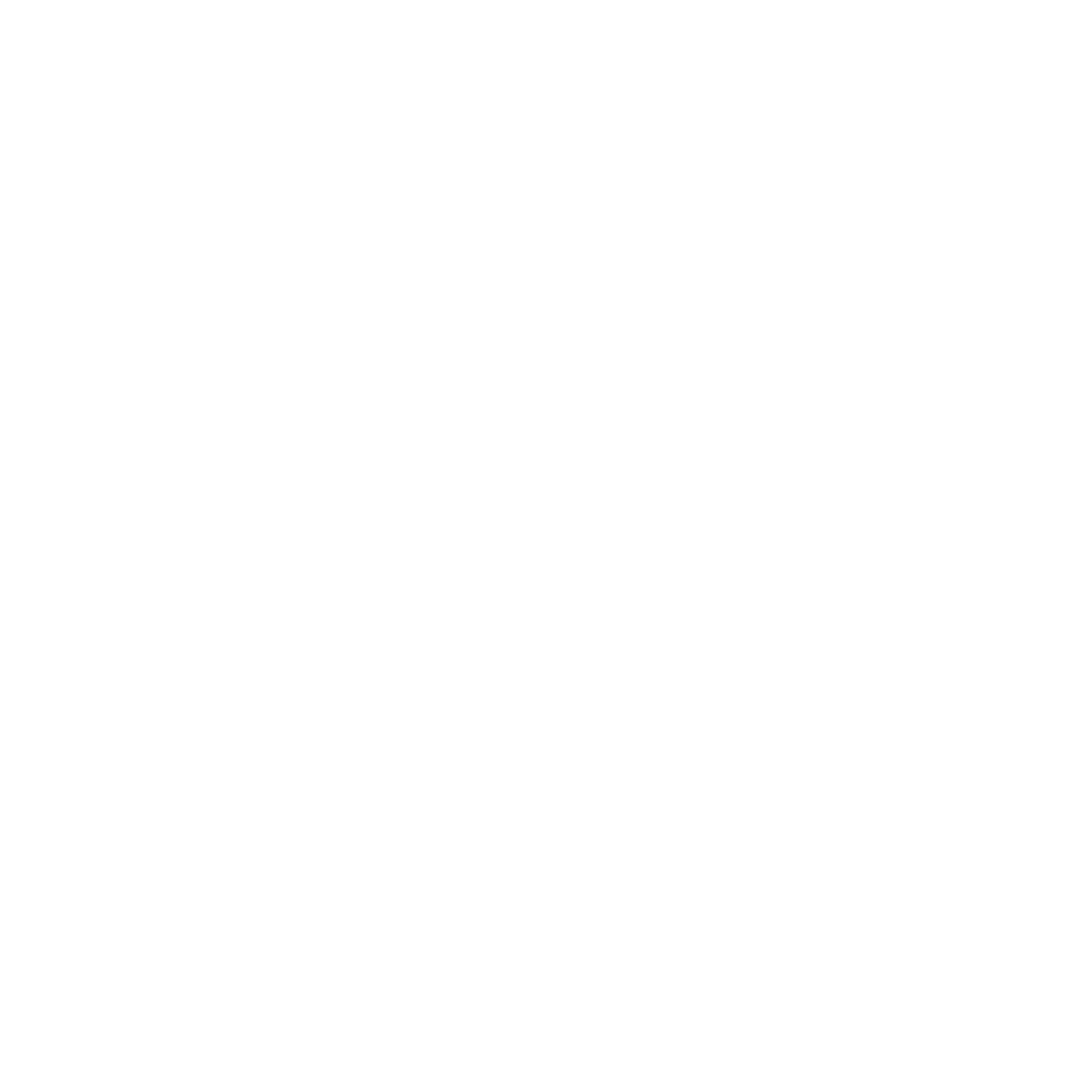 Getting Kiwis Back to Work

In every one of Treasury’s scenarios, the unemployment rate in June is expected to be the highest unemployment rate seen in New Zealand in at least 35 years. Such levels of unemployment are unacceptable in the long term. New Zealanders locked out of the labour market cannot provide for their families and are robbed of the inherent dignity of work. And, not only does spending on unemployment benefits increase, tax revenues also fall precipitously.

A Tax Cut for Every Earner

ACT will cut taxes to get the economy moving again and Kiwis back into work. Tax cuts not only give earners more to spend and invest, they also make work and investment pay.

Making it Easier to Hire

When the economy is under pressure, increasing the cost of hiring workers through labour regulation is likely to lock young people and others with little experience or few skills out of jobs. We must make it as easy as possible to hire, to get as many people back into work as possible.

We would hold the minimum wage at its current level of $18.90 an hour hour for the next three years make hiring and retaining employees more affordable. We would also extend provisions to 90-day trials to 12-month probationary periods, available to employers of all sizes, to make hiring less risky.

* Previously this document said ACT would reduce the minimum wage back to its March 2020 level of $17.70 level. After listening to voters, we have revised this position.

The first role of government is to keep citizens safe. However, it should protect that safety at the minimum cost to freedom. When the next pandemic comes, we cannot be forced to shut down our entire economy in response. Just as East Asian jurisdictions, like Hong Kong, Korea, and Taiwan, learnt from their experience with SARS and were prepared for COVID-19, we must learn from this experience and be prepared for the next pandemic.

New Zealand is utterly dependent on international travel. Our tourism sector directly employs more than 10% of the labour force. To avoid the total destruction of that industry, we must reopen our borders to countries with similar or lower rates of COVID-19 infection (e.g. Australia, Taiwan, and South Korea) as soon as safely possible. To do so, ACT would double Customs' budget for checking passengers and crew to more than $140 million per year.

New Zealand's response to COVID-19 was flatfooted. Our initial contact-tracing relied on Excel spreadsheets; we waited for notification from a politically-captured World Health Organisation before taking action; initial border protection measures were weak. The faster a pandemic is squashed, the less disruption to daily life is required. Taiwan, a country with almost five times our population, just over 100km away from China, has had one-third the number of cases as New Zealand, without a total economic shutdown.

To improve our speed of response to future events, ACT would permanently increase funding to public health by 50% to $660 million a year. We would abolish the 12 Public Health Units around the country and merge them into a single National Public Health Service, with its own human health border inspection service and a health surveillance capability independent of the WHO. This Service would manage an expanded national PPE stockpile and audit DHBs' and social care operators' pandemic plans.

The only reason we can afford to respond adequately to the current crisis is because of sound fiscal management in the past. Countries in Europe, like Italy and Spain, who have run structural deficits for many years are relying on the charity of their wealthier northern neighbours to stay afloat. We could not do so. We must return to fiscal normality as soon as possible to be ready for the next COVID-19, Global Financial Crisis, or Christchurch earthquake.

All spending today in excess of revenues must be paid back in the future. Our children will have to pay higher taxes or receive fewer services to pay back our debts. They might be willing to fund an immediate recovery, but we cannot mortgage their futures to pay for permanent indulgences. In tight times even more than usual, we must cut unnecessary spending and ensure that our limited resources are spent in the most effective manner.

Treasury has laid out five scenarios for New Zealand's economic performance, based on different levels of domestic restrictions and global growth. Our fully-costed Budget returns us to surplus by the financial year ending in June 2024 in all five of those scenarios. Once we're in surplus, we can begin paying down our debt.

We achieve surplus while cutting taxes, maintaining core government services, and boosting funding to crucial public health services. We do so by cutting over $7 billion in wasteful expenditure each year. That includes blatant cronyism, like the Provincial Growth Fund and subsidies to the racing industry and Hollywood film studios. It also includes poorly-targeted vote-buying spending, like KiwiBuild, fees-free tertiary education, interest-free student loans, and the Winter Energy Payments. We also cut obscenely-high pay packets and overstaffing in the bureaucracy: We would cut top civil servants' pay by 20% across the board. We also reverse the Government's unaffordable increases in entitlement spending, which not only saves money but also encourages work and investment.

A rejuvenated economy requires private sector investment. Those investments will drive higher productivity and higher wages. Businesses already face enough obstacles, in the form of a global slowdown and significant travel and lockdown restrictions – we ought not to restrict them further with unnecessary regulation.

ACT would cut existing ineffectual regulations and ensure new regulations were of a high-quality. We would require every regulator to publicly justify every major regulation already on their books and quantify its costs and benefits. If it was not clearly beneficial, it would be abolished.

We would allow affected firms and individuals to sue the Government if regulations were unfair or ineffective. We would restrain the Government's power to force new legislation through Parliament and automatically repeal all new regulations 10 years after they were passed, unless they are reviewed and actively re-introduced.

We would free our crucial primary industries from the layers of unfair regulation which have been piled on them. We would abolish the Government's oil and gas exploration ban and ill-considered agricultural methane and water regulations. We would replace the Zero Carbon Act and Emissions Trading Scheme with a transparent and simple carbon price linked to that charged by our international competitors and trading partners.

We would allow farmers to use innovative technologies to reduce their greenhouse gas emissions and improve productivity. We would repeal the unscientific ban on technologies, like the taxpayer-funded AgResearch High Metabolisable Energy grass seed, which can help our environment and economy.

Overseas investment is crucial for our continued growth. It brings foreign capital, expertise, and equipment into New Zealand firms, making them more productive and allowing them to reduce prices and increase wages. In today’s bad times, it may keep crucial New Zealand businesses afloat, while in good times, it provides opportunities for overseas expansion and job growth at home.

ACT would encourage sensible and safe foreign investment from friendly countries. We would automatically exempt investors from OECD countries from the requirement to gain Overseas Investment Office approval for investments, except where national security interests were at stake. These investors are from countries with a strong tradition of the rule of law, which respect private property rights. There is little danger and much to be gained in allowing them to back Kiwi businesses.

Build for the Future

The depths of a COVID-19 recession might disguise the structural infrastructure and housing deficits we have built up over more than 20 years of inaction. Once we return to something resembling normal times, however, government failures in both industries will slow down growth and condemn people to poverty. If we wish to build a high-growth, high-productivity, high-wage economy, we must have the capacity to absorb the new people and the new traffic which will come.

Housing costs as a percentage of income in New Zealand are some of the highest in the developed world. An entire generation of Kiwis have been locked out of home ownership. Thousands live in insecure housing; others have no home whatsoever. This represents a total failure of government policy for the past 20 years.

Successive reports, discussion documents, and white papers, commissioned by governments of the left and the right, have correctly identified New Zealand’s planning system as the principal culprit. We simply do not allow enough building – whether up or out – to house our growing population.

ACT would therefore remove much of the discretion around urban planning from hopelessly inept and distracted local councils. We would repeal the Resource Management Act and replace it with an Urban Development Act, which will allow property owners increased rights to build on their own land and automatically free up land for development when land prices become too inflated.

We would also reinject dynamism into the construction industry. We would replace overly-skittish council inspections with compulsory building insurance, providing guaranteed redress to homeowners, while allowing innovation and speed. We would also automatically permit building materials allowed in jurisdictions with similar conditions to New Zealand (e.g. Japan) to be used here. That ensures materials have been approved by a quality regulator, while increasing competition in the building materials market.

Governments of all stripes have, for years, chosen where to build roads, bridges, and railway lines, based not on the economic need for them, but on the political advantage to be gained. Taxpayers deserve better.

ACT would replace this political discretion with economic discipline. If roads are built where they are needed, rather than where they will generate the most votes for the governing party, we can produce much greater reductions in congestion for every dollar of government spending.

By abolishing the ineffective and unfair fuel excise and introducing transparent road pricing, like that used in Singapore, we could manage demand on the roading network, down to the minute. Authorities could also see where new roads would be most valuable and cost-effective.

We would then remove infrastructure decision-making powers from ministers and vest them in an independent New Zealand Infrastructure Corporation. This Corporation would cooperate with private infrastructure funders to significantly increase the capacity of New Zealand's road and rail networks. They would decide where to build new road and rail lines not based on votes at stake, but on congestion levels and safety considerations. They would be judged based on transparent performance indicators, like the average speed reached on major arterial routes.